This weekend I’ve been “sailing” all over North America with my tropical pirate themed Christmas magic show. What does a pirate do in the winter? Well, Santa may rest in the summer, but a pirate never rests. I’ve been performing my Christmas pirate shows all over the place. Magic shows with a pirate theme are a lot of fun at Christmas parties and special events. Why have a normal magician when you can liven up your employee holiday party with a bit of pirate magic fun? My holiday corporate pirate magic shows are full of interactive pirate magic and Christmas themed magic. My pirate magic sword turns into a candy cane, my first mate becomes a frozen snowman and at the end of the show instead of a magic Christmas tree, Captain Corbin puts out his Christmas barrel which magically fills with all his Christmas wishes, a long red and green garland of jewels, lots of root beer and of course gold, which he immediately throws out to the audience.

This past weekend I performed for childcan Canada in London Ontario.

The show for Childcan went very well. It was the first time they had a large magic show at their holiday party. I had performed for them at the Highland golf club in London Ontario last year as well, but at the time I only performed my strolling or table hopping magic entertaining the children. They loved it so much they had me back for the full magic show this past weekend. I must admit I think I surprised them with how awesome the show went. Upon arrival the first thing I always do is set up my music. At a Christmas party instead of pirate music for pre show warm up, I play some of the most popular Christmas classics to get everyone in the mood. This was the first surprise for the client. The music always adds a lot to an event and it’s often the last thing people think about. During my show the music switches to an instrumental nautical themed background noise and the performance begins. I remember the organizers ushering the children to me for the show, then wandering off. A few minutes after I began the show however, everything seemed to stop and all the adults began gathering around my audience to watch. That was another surprises as they did not expect my show would be interesting to them, but of course it always is. A professional magic show that is family friendly and interesting to all ages. At the end of the performance I received many positive comments and was immediately booked for next year. If you’ve never had a pirate magician at your holiday parties I would highly recommend it! Tons of fun, Ahoy!

One of my great pleasures is traveling to all my pirate friends wherever they may be and performing Magic shows at birthday parties. A bit of birthday party magic for them on their special days. Due to travel costs I don’t often get to do this for birthdays outside of Ontario, but inside of Ontario I am kept busy sailing me four wheeled ship to all the major towns, cities and countrysides of this province to perform. Magic shows at birthday parties are a lot of fun.

A pirate themed Magic shows at birthday parties is special. As a result, The show has a much more personal feel. Very interactive I get the children involved in the show. Especially the birthday child and we have a pirate party that will be remembered for a long time after.

I have two different sized birthday parties to suit most needs. The Deluxe party has a lot of interaction. I often use 3-4 children during the show as assistants in the show. The Birthday child plays a very special role in the magic show finale, which is often a small illusion.

There are lots of options for a custom performance as well. Early booking is highly recommended, not only to ensure availability but the sooner you book the more time I have to customize the birthday party magic show to be perfect to your event. 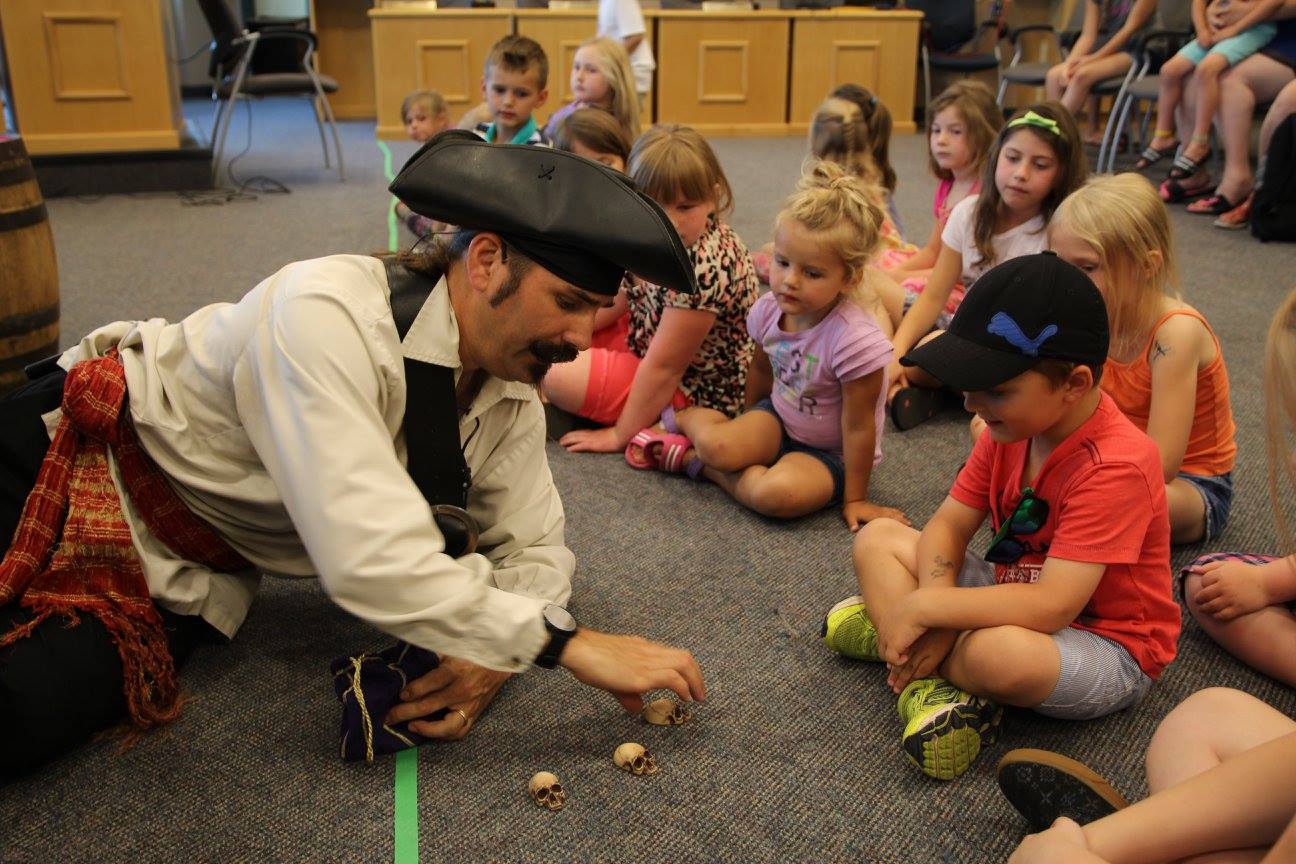 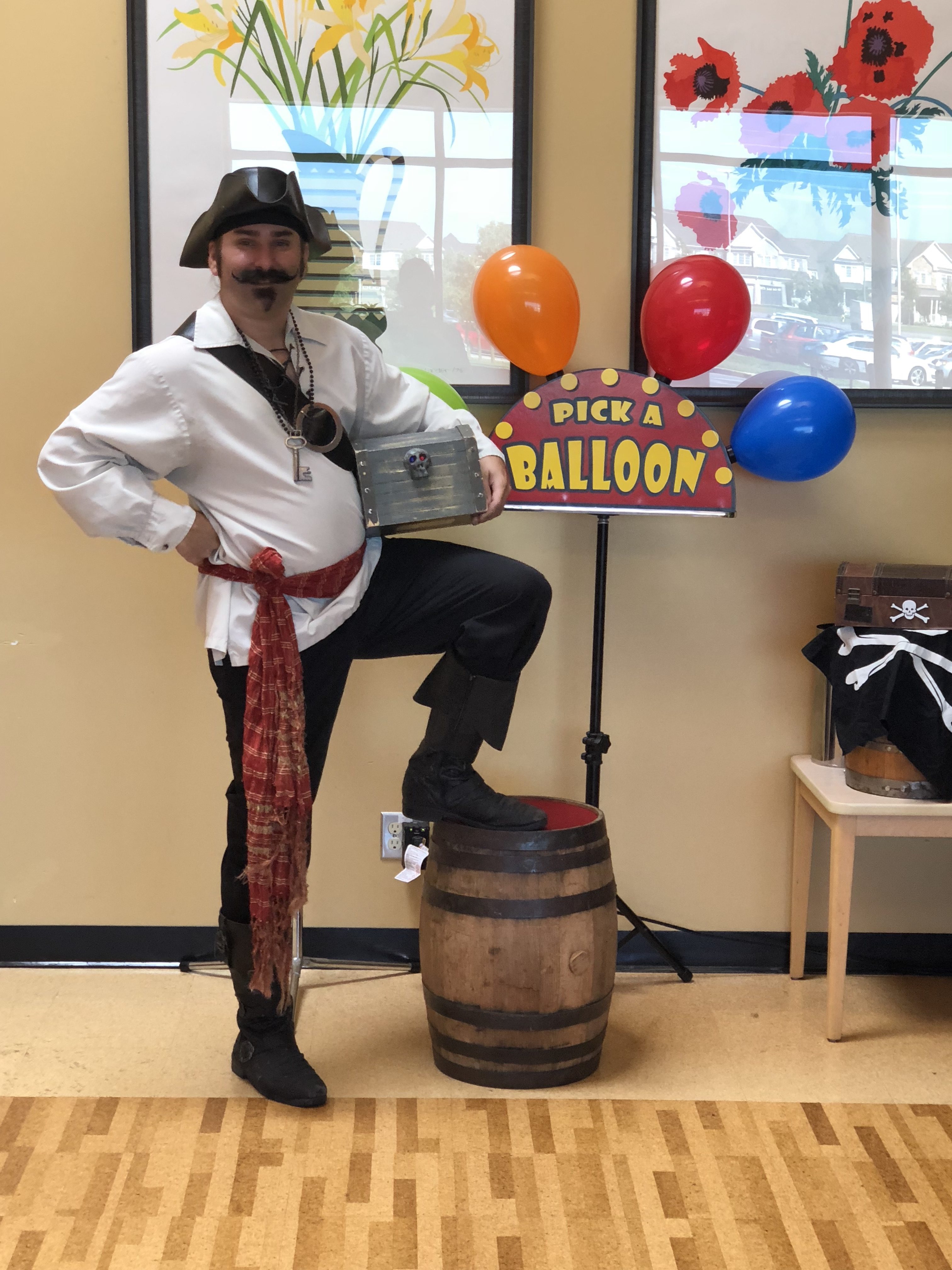 Every summer for the last few years I have had the pleasure to perform my pirate themed magic shows on the main stage at Storybook Gardens in London Ontario. The shows are a lot of fun and are always well attended. I often perform 2 or three shows one day a week through the months of July and august. Summer family friendly magic shows. Children’s entertainment that is a lot of fun. I will be returning the Storybook gardens this coming summer and hope to see old friends and new ones! 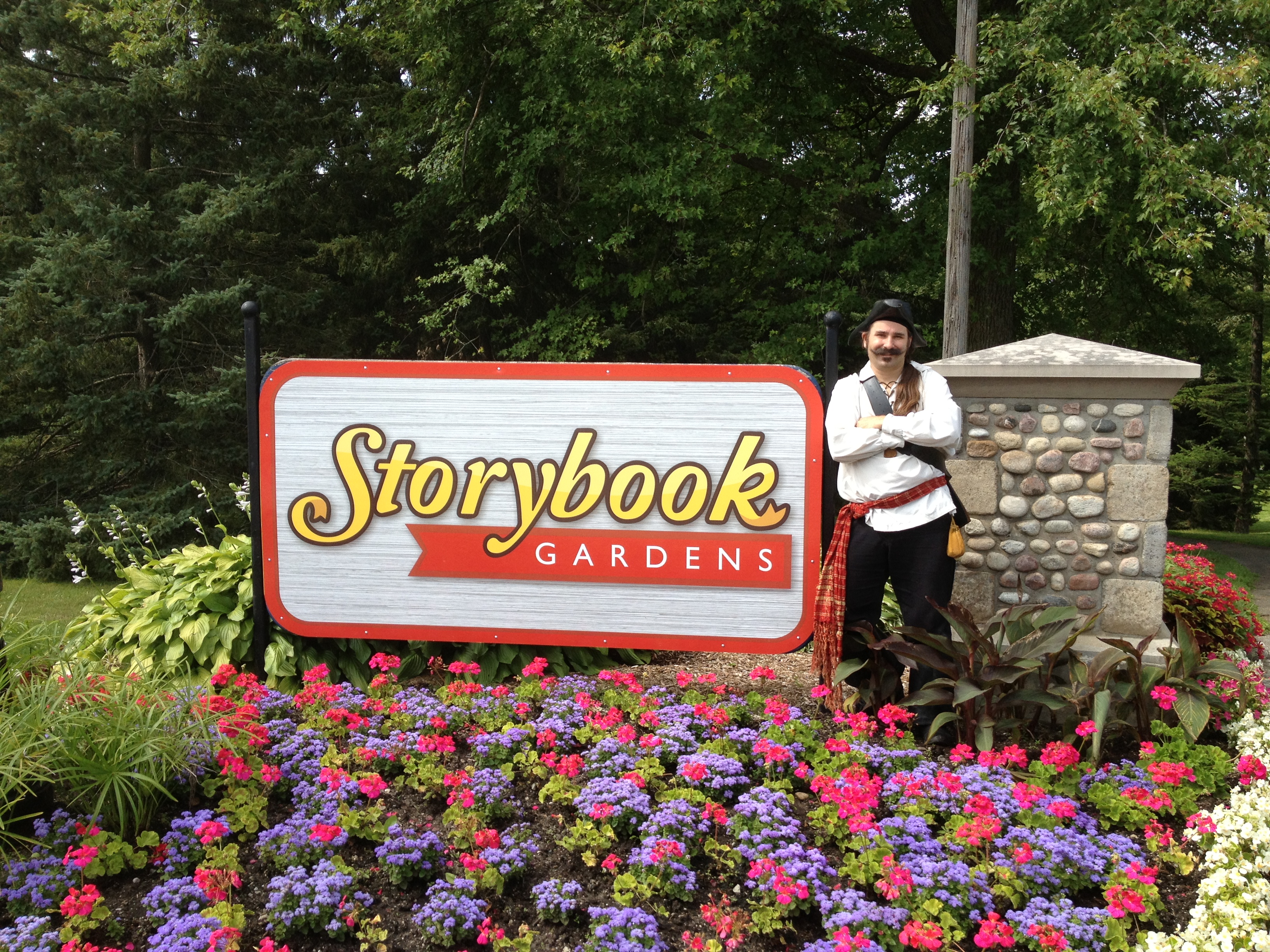 Shiver me Timbers pirates! It’s great to have a new blog to share with you all my latest information. I perform all kinds of shows all over South Western Ontario, Canada. You should look at my website www.captaincorbin.com for more information. I have performed my pirate themed magic for children at special events across the province. You may have seen me at fairs, special events, birthday parties or maybe even on television. Make sure to look for my pirate magic shows at London’s Storybook Gardens. 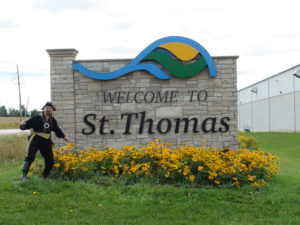 Wherever I go I like to stop by the city sign and take a photo. here is a shot of me when I went to St. Thomas Ontario to perform a magic show